What is colonial-style interior design?

Colonial style interior design is a classic traditional piece of art meant specifically for a country look with painted wood surfaces, paneling, ornate dado, and plasters mainly used in both the interior and exterior.

This style has a history ranging back to the mid-1600s with their design’s main features being the veranda for the front, a large fireplace with a chimney, large framed windows, and sometimes a live or picket fence around the compound yard.

The furniture is designed with different styles majorly with influence from the English design, although the design industry for the furniture has evolved over the years to suit the different desires of the market in different times.

Most colonial architecture was inspired by the European settlers like the English, French, Spanish, and Dutch who settled in America. They mainly built 2 or 3 story homes, with wood and brick used to cover most of the interior and exterior respectively.

It was also popular for the specific characteristic of a spacious home with a backyard, and was commonly referred to as the ‘American dream’.

Most of the designs also used bright colors like white, but others chose to go with softer colors like yellow, green, blue, brown, and pale peach for their elegance, softness, and non-saturated look. They often stood out without overwhelming the room.

Wallpapers and paintings were a common feature too for the inside, as well as a rich touch of colors, fabrics, and patterns, for an eclectic and colonial look. Most fabrics were made of cotton, wool, and linen.

For a warmer and more calming interior, most of the colonial styles use other design features like beautiful indoor plants to complete the interior colors and add elegance to the room,

They also used softwood for furniture and other accessories, and a plantation of day beds in the backyard.

The living room was made more comfortable with large sofas and oversized armchairs with lots of large pillows with different patterns on them.

Bright color patterns with flowers were used to decorate most rooms alongside patterned lampshades and ornaments, as they always brought out the elegance and beauty of the interior.

The dark shutters used helped to compliment the bright walls.

This style of interior design originated in the 18th century and borrowed heavily from the European styles of the day. The change from the borrowed styles however was the grandeur, added to the farm-houses in America.

Immigrants brought with them their home styles, with were heavily marked and influenced by their simplistic lines of the day.

There are different themes that one could choose to have a colonial design feel in their homes. Among the most prevalent are a traditional and rustic theme and a more opulent theme such as those that would have been found in the colonial times.

It’s easy to achieve the look. Handworks such as embroidery, rag-rugs, slipcovers, and other essential traditional quilts were common because it was expected that women would spend their time creating the beautiful accessories.

Ivory and grays were common colors embroidered on woodworks and walls, for the American colonial look.

Features of the American Colonial Look

The primitive colonial style used primitive folk art pieces with muted colors and rough surfaces to give a simple look to the interior décor.

They either used antique pieces of furniture or contemporary art, which was also designed in a way that replicated the old vintage and antique pieces but used modern materials. These included the use of soft colors and sanding paints to create the perfect country style.

This style also incorporated themes that were common like pottery, primitive wooden designs, saltbox houses, rag dolls, barn-stars, and even primitive dolls to decorate the interior.

This style was popular amongst farming families, as the pieces and accessories were mainly made by farmers.

Features of a primitive colonial look

The Georgian is a classic traditional style worth emulating. The interior is marked from the simple wood designs inspired by lavish Queen Anne’s antiques.

The British settlers all over the world brought with them their traditional styles and designs that were adapted locally.

These diverse styles introduced a classic style that is still copied today, as it evokes an era that was full of pure gentleness and elegance, and is more appealing, relaxing, and comfortable.

The Dutch had the most unique architectural designs for their homes, and most are copied to date. Their houses were made of brick and stone, broad and double pitched roof slopes, and protruding chimneys.

The windows were majorly incorporated into the roofline but the designs have since changed to adapt to times. They are quite innovative and highly customizable.

The design for modern colonial spaces brings out pure elegance in their spaces.

Even though they have a twist and are customized and modernized, they do not lose the taste of the vintage pieces that add the difference in age to your space. 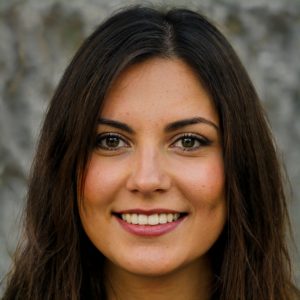